OPMC is the 3rd largest developer on the official WooCommerce.com marketplace, by number of plugins managed.

Powerful Plugins for your WooCommerce Store

At OPMC, we specialise in developing and maintaining powerful WooCommerce plugins that power online stores all around the world. Keep scrolling to learn how we can boost the performance of your WooCommerce store.

Add customisable forms to your WooCommerce products and allow customers to choose from additional options.

Prevent fraudulent transactions as they happen. WooCommerce Anti-Fraud scans and assigns a score to each transaction made on your online store, based on a set of advanced rules. Give yourself peace of mind in terms of online security and payment options. Formerly known as Payment Express, Windcave allows for secure, simple checkouts that your customers can trust. Tap into the 1.3 billion person Chinese market. Alipay is the most popular payment gateway in China, and this plugin allows you to add it to your WooCommerce store.

Ideal for stores with lots of digital downloads. This plugin allows your customers to easily download a .zip file of all their purchased files. This saves customers the hassle of going through all of their products. The ultimate plugin for protecting and securing your store’s PDFs, ebooks and other digital downloads. WooCommerce PDF watermark lets you add a custom watermark to all documents on your store. Spee-Dee Delivery allows for faster and cheaper deliveries in the upper midwest of the United States. Just enter the weight fopr each product and Spee-Dee’s API will calculate the rest.

Eliminate back-and-forth with your customer, discussing possible shipping rates. Aramex Shipping retrieves shipping rates from Aramex for your store, calculates costs for customer orders and enables you to collect the correct amount in checkout. Sometimes, you may require a custom solution to add the functionality you need to your website. This is where we can help you!

With years of experience in coding secure, effective WordPress plugins, our team can create something that fits your needs perfectly.

Contact us today to learn more about custom plugin development.

We have the most experience developing plugins in the following areas: 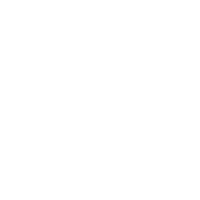 Integrating accounting software into your website allows you to accurately keep track of your income and expenses.

We have experience with integrating many popular accounting platforms into websites. These include MYOB, Xero, Saasu and Freshbooks. 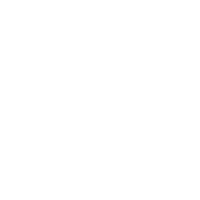 Integrating a payment gateway is a great way of increasing conversions by opening your store up to more customers.

OPMC has worked with some of Australia’s biggest retailers to successfully integrate payment gateways into online stores. 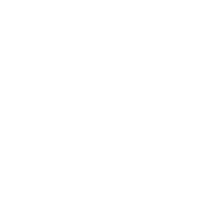 For the past few years, the popularity of dropshipping has steadily increased. With this comes a demand for custom plugins.

As well as our dropshipping plugin, we have worked with various companies to build several dropshipping systems.

There is a WordPress plugin readily available for almost any task. However, some may not provide you with the exact functionality you need. This is where our plugin development team can help you.

We can work with you to identify what your website needs. We can then alter existing plugins by adding custom functionality.

OPMC is the 3rd largest developer on the official WooCommerce.com marketplace, by  of plugins managed.

In 2011, we had an idea for a plugin for Payment Express and WooCommerce and contacted what was then WooThemes, about offering our plugin on their online marketplace. After some discussion, we were thrilled to become an official Marketplace Partner.

Over the coming years, we added 2 new plugins, all related to payment gateways including Alipay Cross Border.

At the start of 2018, we acquired the official Dropshipping plugin for WooCommerce. We’ve since made major improvements to it and seen the customer base grow.

In October of  we officially acquired 6 additional plugins from the official marketplace.

OPMC now manages thousands of subscribers of our plugins.

OPMC now manages thousands of subscribers to our plugins. As there are thousands of people using our plugins at any given point in time, quality and customer service are cornerstones to successfully serving those customers.

Unlike your typical plugin developer who serves a handful of customers – hundreds if they have seen some success – at OPMC we must be able to ensure we have the capability to serve many thousands of customers at and meet their needs on a daily basis. When there is a bug in our code, this affects a great number of people, not to mention it may break their website and render it incapable of generating income.

Additionally, we develop many customisations at the request of clients, as well as custom plugin development.

Our Director, Chris Bryant, presented on WooCommerce plugin development at WordCamp Sydney. You can watch the full presentation here: